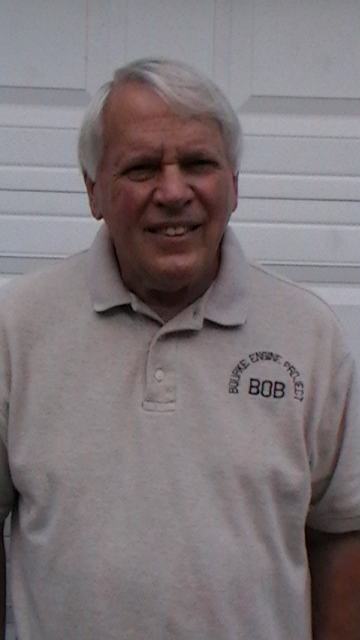 In the 1960’s, Bob and his brother Jerry were members of the Experimental Aircraft Association (EAA) and we were looking for an alternative engine to use in an experimental aircraft.

An article in Sport Aviation regarding the Bourke Engine peaked our interest. In 1964, Bob flew to California and spent a week with Russell and Lois Bourke to find out more about Russell’s engine. Since we were interested in an aircraft engine, Russell had a home movie (black and white, 8mm, no sound) of his model H aircraft engine which we all watched. After start up, the engine was idling when Russell slammed open the throttle. The engine was so powerful that the combination of the propeller thrust and torque pulled the heads off all six (6) of the aircraft grade bolts holding the propeller to the shaft. Russell no longer had the model H, but he did have one of the bolts (or better, the remains of one of the bolts). Russell shared a huge volume of information about his engine during my visit, but Russell stated that all of the information about his engine would soon be available in The Bourke Engine Documentary which would be published soon.

I inquired as to the location of his 30 cid, vertical crankshaft marine engines and Russell told me that Robert Penny had several of his 30 cid units. Russell also shared the fact that the only carburetor he found that provided a consistent air/fuel ratio throughout the speed range was a modified Vacturi Lift unit. These units were out of production and Russel’s only source was scrap yards.

Upon my return to Michigan, my brother and I contacted Robert Penny and arranged for the purchase of a 30 cid Bourke Engine (Serial #2). We then completely disassembled the engine and my brother made comprehensive 2D drawings (on mylar except the crankcase which was done on drafting paper) of every component. We then reassembled the engine and attempted to run it using a conventional carburetor (complete failure which we expected). My brother and I both agreed that an appropriate fuel system would have to wait until a do-it-yourself (DYI) fuel injection system became available. We sold our Serial #2 engine to a young man who was attending Embry-Riddle Aeronautical University in Florida.

After receiving a copy of The Bourke Engine Documentary, I poured over the contents, reading it more than ten (10) times. I then began to study the same materials that Russell Bourke studied before building his first engine (ten years of study of hydrocarbon chemistry and mechanical configurations as referenced in The Bourke Engine Documentary) because I needed a thorough understanding of why this engine is so powerful and yet so efficient. That understanding can be summarized in one word DETONATION. Conventional internal combustion engines (ICE’s) avoid detonation like the plague as the tremendous power of detonation will destroy a conventional ICE in very short order. The Bourke Engine was designed to harness the tremendous power of detonation to extract as much energy as possible from a hydrocarbon fuel.

In the summer of 2000, I became aware of Roger Richard’s website where he had built a working prototype (30 cid, horizontal crankshaft) with video and plans that he had used in the construction of the engine. I ordered the plans and video to see how close he had come to Russell Bourke’s 30 cid vertical crankshaft marine engine. Roger’s prototype, while not an exact duplicate of Russell’s 30 cid marine engine, was close enough that it worked. Roger Richard is the only individual that I am aware of that has actually built and successfully operated a Bourke Engine over the 40 plus year time period that I have been working on this project. I called Roger to see if I could come and visit him to witness the engine in operation and made a trip to Maine in the late summer of 2000. After witnessing the engine in operation, we agreed to move the project forward together.

I purchased a seat of Solid Works because we needed a 3D model of Russell Bourke’s 30 cid vertical crankshaft marine engine as a starting point. The 30 cid cut away (in motion) marine engine has received more than one million views on Fuelman. With the help of a very capable expert in Solid Works, the 10.842 cid horizontal crankshaft engine is ready for production. Be sure to watch ENGINE SPECS which illustrates Beau de Rochas functions/attributes and incorporates Russell Bourke’s Formula. However, you may want to review the Detonation Demo, Bourke Engine 101 and the Bourke Formula materials first. The Bourke Engine Documentary is available in PDF format which is a very long read (164 pages cover to cover) and needs to be read multiple times after you have gained a basic understanding of engine operation.

Roger Richard has successfully operated three (3) of Russell Bourke’s 30 cid vertical crankshaft marine engines and the prototype engine using a carburetor. However, all of the carburetors that have been used do not allow for any speed fluctuation without the continuous adjustment of the air/fuel ratio. Many of the claims Russell Bourke made for his engines have been verified. The next step is the development of a Full Authority Digital Engine Control (FADEC) system that is very specific to this engine. 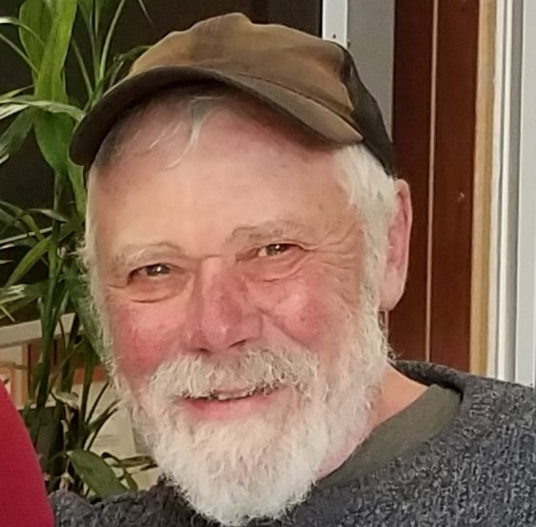 As an aviation engine instructor during the Great War, Russell Bourke saw too many aviators surviving the crash of their bamboo bombers only to be incinerated in the following highly volatile fuel fed fires.

Russ studied the early researchers in gas law and physics to refine his idea of an ideal internal combustion engine. Our story begins when Russ started selling 30 C.I.D. powerheads for outboard use in 1954. What was this strange new cycle and why did it fall into obscurity?

These questions were on Bob Zigler’s mind as well as mine, although decades and many miles separated two Bourke believers. It wasn’t until 2000 that our paths crossed and we got together to combine our knowledge and get to the bottom of the whole thing. Bob actually visited Russ in the late sixties and bought his #002 30 inch powerhead. I interviewed Lois Bourke in 1982 and found, bought, and ran the #001 engine in 1999. Bob and I have about a century of combined research and experimentation. Russ Bourke’s work is extraordinary and endlessly fascinating. As Russ said, One of the biggest flaws of the human race is our inability to recognize the obvious.