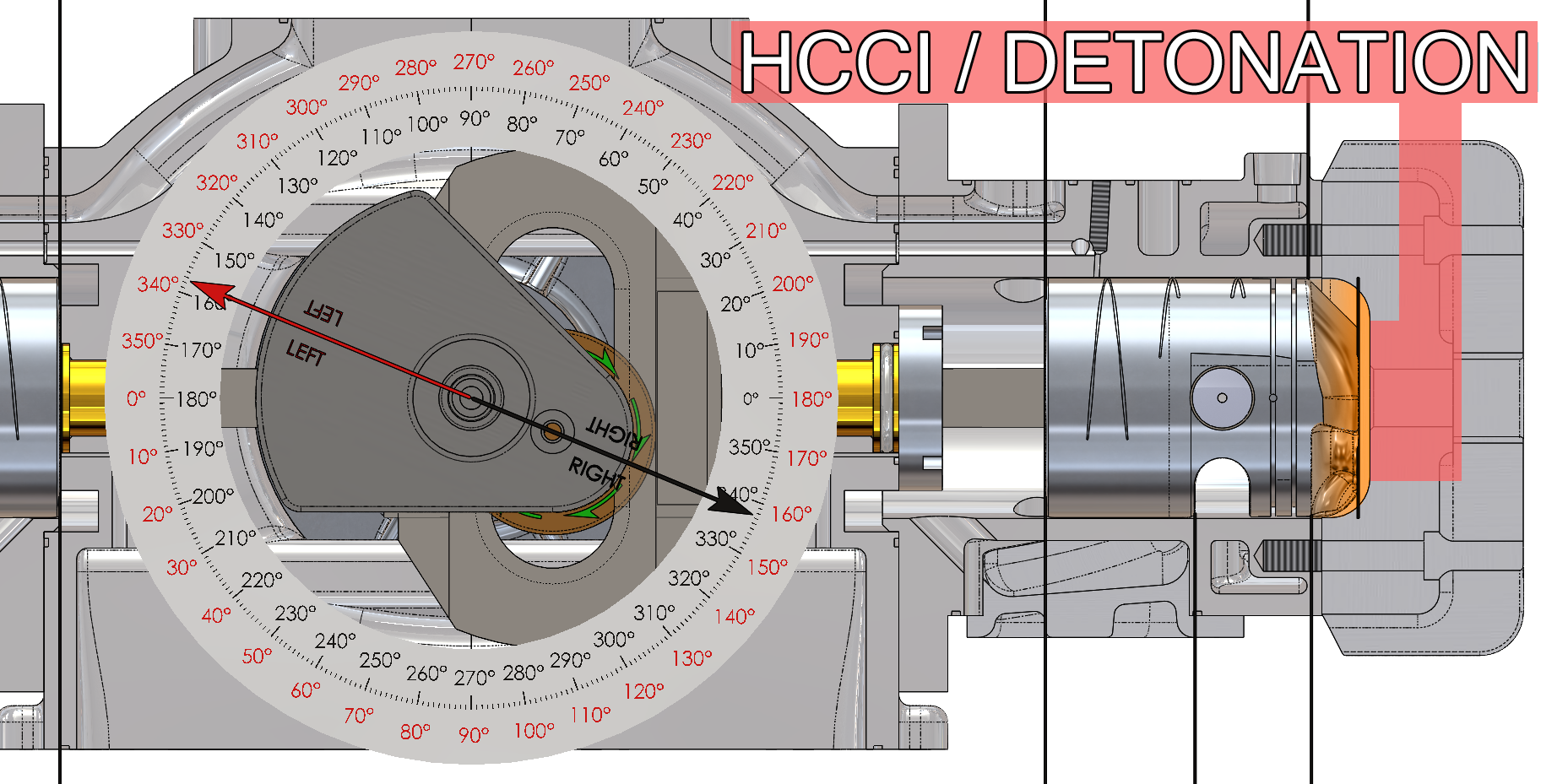 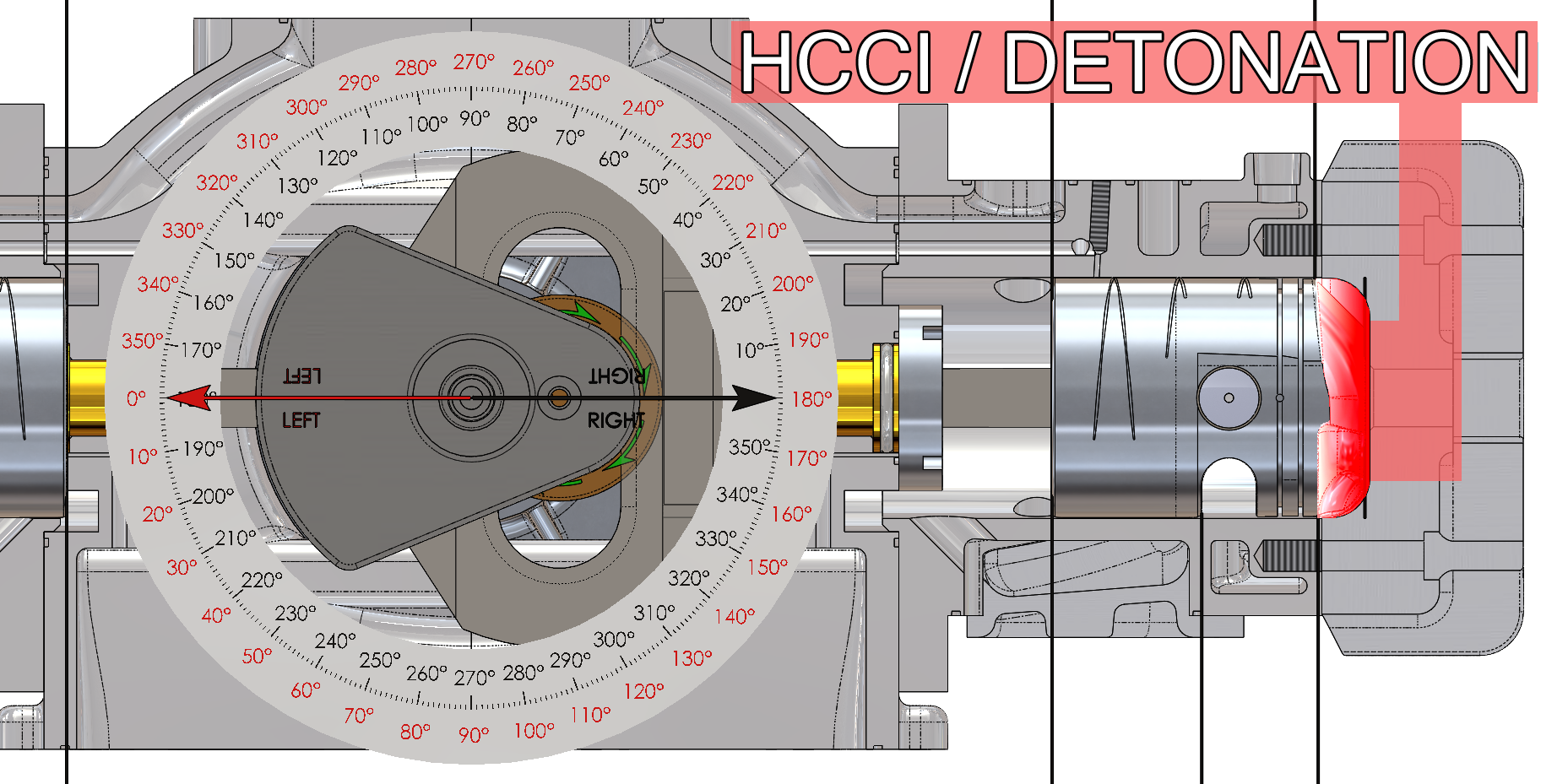 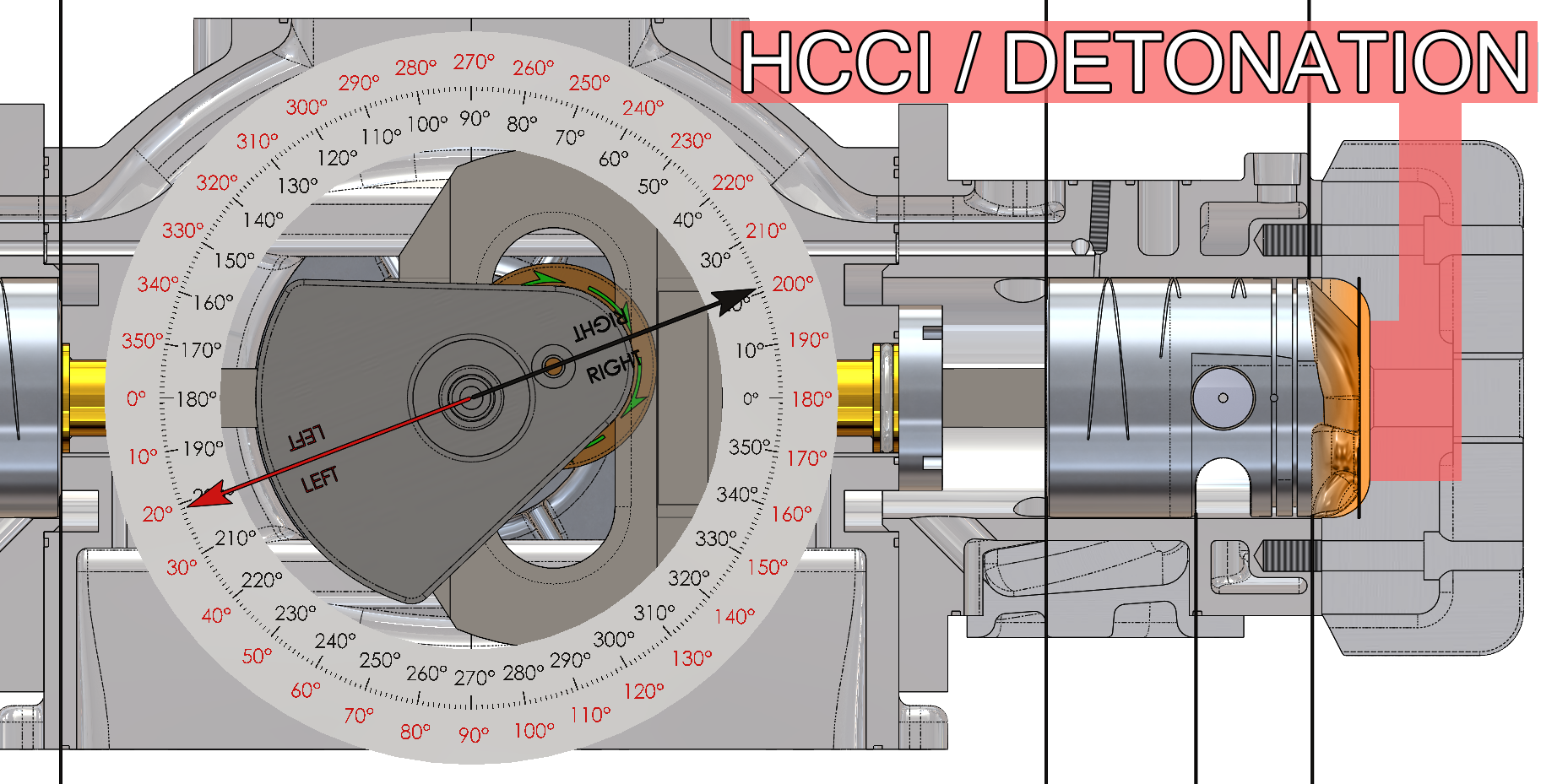 The Bourke Engine operates on the principle of an induced detonation which can only be produced with a high rpm, extremely high compression ratio, up to 90 degrees of spark advance (if you are using spark ignition), an extremely lean air/fuel mixture where the fuel has been completely vaporized (broken down to atomic particles) and the air/fuel mixture has been completely homogenized. Homogenous charge compression ignition (HCCI) has been hailed as the “Holy Grail” for internal combustion engines (ICE) and laboratories and universities worldwide have “re-discovered” what the “old masters” wrote volumes about in the late 1800’s, but failed to name it HCCI. One of those “old masters” was Berthalot who coined the term “Berthalot Explosive Wave” (detonation) and stated that the discovery was of no interest to the design engineer because no known engine could withstand such a violent force. Russell Bourke asked himself; why not design an engine that could withstand the violent force of detonation, and he set about doing just that.

All of the laboratories and universities worldwide have declared HCCI as the “Holy Grail” for internal combustion engines, but they are trying to integrate HCCI into conventional internal combustion engines while avoiding detonation, a task that has proved to be challenging at best. The latest player that plans on introducing an HCCI engine in 2019 is Mazda with their Skyactiv-X which they claim will deliver as much as 30% more fuel efficiency over its Skyactiv-G engine, already one of the most fuel efficient gasoline engines on the market.

Back to Engine Specs