One of the documents that Russell Bourke did not include in the Bourke Engine Documentary was the Bourke Cycle Formula. The original hand written document was extremely difficult to read and had no reference as to when it was written. The Bourke Engine Project, LLC enhanced, clarified and created tables so that the information contained in this important document could be clearly understood and then compared against Russell Bourke’s 30 cid and the 400 cid engine in an attempt to identify when it was created.

As you can see from the comparisons detailed below, this document had to be created and applied to the 400 cid engine (two 200 cubic inch units hooked together) as many of the formula components are not an exact match for the 30 cid engine which was built in the 1950’s. This does not mean that the 30 cid engine did not work, but illustrates the continued refinement of the engine by Russell Bourke. Tables, footnotes and references, especially to the latest development in “homogenous charge, compression ignition (HCCI)” are also included. The format used in this document is:

RULE – OUTSIDE DIAMETER OF THE CRANK PIN BEARING: The outside diameter of the crank pin bearing must be equal in diameter to the stroke or larger, never less. Never use ball or needle bearings on the crank pin as the violence of the detonation will crush a ball or needle bearing and could kill the operator. Always use a multi-sleeve bearing with the inner and outer races made of Ampco 18.23 with a center race of heat treated steel.

RULE – THE COUNTERWEIGHTS NEED TO BE IN THE SAME ARC AS THE CRANK PIN BEARING:

RULE – CRANK PIN O.D. MUST OVERLAP MAIN O.D. AND BOTH MUST BE THE SAME DIAMETER:  The crankshaft is the weakest link in the Bourke Engine. In order to strengthen the crankshaft, Russell Bourke recommended that the crank pin outside diameter overlap the main diameter as much as possible. The Bourke Engine Project is specifying the strongest material currently available (4340, vacuum melted, forged billet) for this component. The crank pin O.D. and the main O.D. will be the same diameter.

RULE – PORT OPENINGS WILL ALWAYS BE COMPUTED FROM THE DEGREE OF CRANK TRAVEL – INTAKE PORTS:  Intake ports are opened by the piston skirt 72 degrees before top dead center and are closed by the piston skirt 72 degrees after top dead center. Intake port hole area is equal to exhaust port hole area. Intake ports, exhaust ports and the lower transfer port holes are all equal in area. Do not use port opening sizes of conventional engines as a guide. The BOURKE operates on much higher pressures and uses much smaller ports with increased efficiency.

RULE – PORT OPENINGS WILL ALWAYS BE COMPUTED FROM THE DEGREE OF CRANK TRAVEL – EXHAUST PORTS:  Exhaust ports open 55 degrees before bottom dead center by the piston crown and rings and close 55 degrees after bottom dead center by the piston crown and rings. Exhaust port hole size is computed from the stroke by using the ratio for the smallest hole (1 to 0.2188) to the ratio for the largest hole (1 to 0.250). Any exhaust port hole size between these two ratio’s is acceptable (See Table II). Do not use port opening sizes of conventional engines as a guide. The BOURKE operates on much higher pressures and uses much smaller ports with increased efficiency.

RULE – PORT OPENINGS WILL ALWAYS BE COMPUTED FROM THE DEGREE OF CRANK TRAVEL – UPPER TRANSFER PORTS:  Upper transfer ports open 50 degrees before bottom dead center by the piston crown and rings and close 50 degrees after bottom dead center by the piston crown and rings. Upper transfer port hole size is computed from the stroke by using the ratio for the smallest hole (1 to 0.1875) to the ratio for the largest hole (1 to 0.2000). Any upper transfer port hole size between these two ratio’s is acceptable (see Table II). Do not use port opening sizes of conventional engines as a guide. The BOURKE operates on much higher pressures and uses much smaller ports with increased efficiency. Note: there are four (4) upper transfer port holes, two (2) holes for each segment of the turbulating fins on the piston.

THE FOLLOWING RULES GIVEN BY RUSSELL BOURKE
IN THE BOURKE CYCLE FORMULA APPLY TO ALL BOURKE ENGINES:

RULE – ROD ENDS MUST BE PARALLEL AND PERFECTLY PERPENDICULAR TO THE ROD SIDES, ROD SIDES MUST BE PERFECTLY PARALLEL AND EQUAL DISTANCE FROM THE CENTERLINE, AND THE ROD SHOE FACE THAT THE BEARING ROLLS ACROSS MUST BE PERFECTLY PERPENDICULAR TO THE ROD SIDES:  To withstand the tremendous force of detonation, absolutely precision machining is required. If extremely tight tolerances are not maintained, the misalignment of the components will be magnified many times over, the engine will lose power, economy will drop off, and the engine will wear out prematurely. PRECISION, PRECISION, PRECISION.

RULE – THE PISTON PIN, THE HOLE IN THE SADDLE FOR THE PISTON PIN, THE BASE OF THE SADDLE THAT CONTACTS THE END OF THE ROD, AND THE END OF THE ROD MUST ALL BE PERFECTLY PARALLEL: To withstand the tremendous force of detonation, absolutely precision machining is required. If extremely tight tolerances are not maintained, the misalignment of the components will be magnified many times over, the engine will lose power, economy will drop off, and the engine will wear out prematurely. PRECISION, PRECISION, PRECISION.

RULE – EVEN TEMPERATURE:  Route all water and air through case and cylinders to have an even temperature for top performance; this is a MUST.

RULE – INTAKE MANIFOLD:  The intake manifold should never be round and should equal 1 ½ or more of the cylinder capacity on the underside of the piston.

RULE – TURBULATING FINS ON THE PISTON:  Turbulating fins on piston permit supercharging of the open ported cylinder without fuel sweep out. They put the fresh air/fuel mixture into cyclonic motion in the top of the cylinder.

RULE – EXHAUST PORTS:  Exhaust ports should always be up.

RULE – CYLINDERS:  Cylinders should always be parallel with the horizon.

RULE – MULTI-CYLINDER ENGINES:  For smoothest operation and greatest horsepower per pound of fuel in multi-cylinder engines, ½ of all cylinders fire at one time to produce an impulse every 180°.

RULE – DETONATION:  The BOURKE engine operates on the theory of an induced detonation which can only be produced with a high RPM, extreme high compression pressure and up to 90° spark advance (if you are using spark ignition) with an extremely lean mixture. Cylinder head without water jacket is to be preferred for maximum performance.

RULE – NO GASKETS:  Gaskets are to be avoided for more than one reason; makes alignment impossible to maintain and prevents free circulation of temperature. A constant temperature throughout the engine is essential to prevent distortion which shortens engine life by wear and breakage. Safe-door facing procedures, the use of alignment dowels and the extensive use of “O” rings make all alignment and the sealing of all parts positive.

RULE – ROD BUSHINGS: Rod bushings should have circular grooves to aid in oil control and a recess in the top for a “C” ring or leather back-up ring to prevent blow down. Leather seals have proved superior to synthetic as they are always oiled, the synthetic seals will sometimes dry and turn inside out.

RULE – OIL LEVEL: Oil level should be kept to center or a little below center, never above, unless an area is provided for it to be when the engine is in operation (reserve supply). The oiling system as designed is fool proof and any change would not improve it, but could be disastrous. An oiling failure is impossible as it is now designed. The addition of a pump has proved tragic as a pump failure totally destroyed an engine.  A means to permit breathing in the case to handle expansion and contraction must be provided.

RULE – BOURKE CYCLE OF COMBUSTION: For a successful Bourke-cycle of combustion, the following, in order, must be obtained:

RULE – CLEARANCES: With the exception of the pistons, all clearances to be standard for comparable devices. The yoke plates are the only part of the engine that has a desire to rupture at extreme speeds, so a step in the plate, locating dowels, or body fitting bolts must be used to prevent sheering.

RULE – FLYWHEEL: Flywheel should never be on opposite end from power take off, as the power will be stored in the wheel and when absorbed at other end, a winding action takes place through the crank pin and will break crank web nearest the flywheel. This cannot happen with flywheel between engine and load as then resistance and loading is one directional.

RULE – ACCURATE WORK: One of the most important steps, which is not necessarily part of the formula, but if not religiously followed, can render the formula worthless, and that is accurate work; making all surfaces flat and all cooperating faces parallel or at 90 degrees, for even the slightest variance will assemble as a curve causing binding, heat and excessive wear and rough operation will result. PRECISION, PRECISION, PRECISION.

RULE – CREDITS:  Much of the credit for the successful development of the Bourke Cycle is owed to the eminent scientists, engineers and investigators of a past century, among them Sir Humphrey Davy, Professor Bunson, Mallard and Le Chatelier, Gay-Lussac, Dulungand Petit, Beau De Rochas, Sir Dugald Clerk, Professor Rankine, Boyle, Joule’, Berthalot and Wieille, Sir Fredric Abel, Favre and Siberian, Professor Andrews and others (see the Bourke Engine Documentary).

Pierre Eugène Marcellin Berthelot was a French chemist and politician noted for the Thomsen–Berthelot principle of thermochemistry. He synthesized many organic compounds from inorganic substances providing a large amount of counter-evidence to the theory that organic compounds required organisms in their synthesis. He was considered “one of the most famous chemists in the world”.

He gave all his discoveries not only to the French government but to humanity. Berthelot stated the discovery of the explosive wave (detonation) was of no interest to the design engineer because no known engine could withstand such a violent force. Russell Bourke designed his engine to utilize the power of detonation. 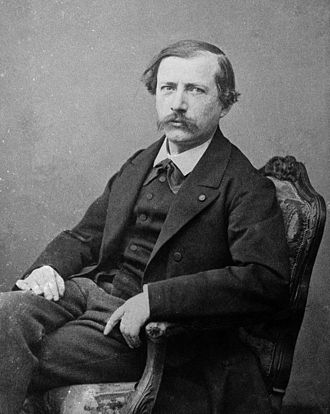